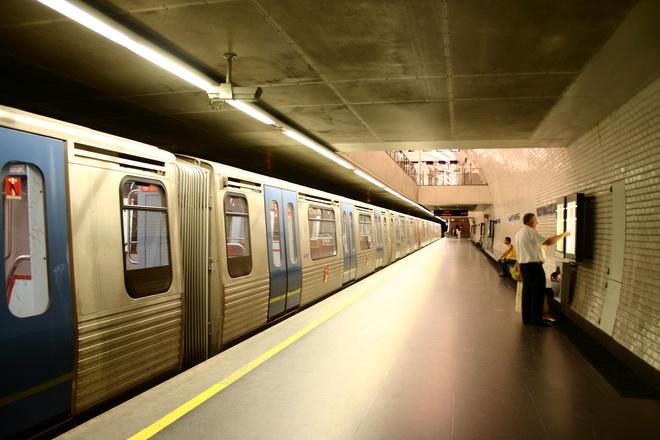 The main public transportation systems in the city are buses and subways. A flat rate of \210 for adults and \100 for each child is charged for the City bus. The subway system charges \200–\330 for adults and \100–\160 for each child, depending on the distance traveled. Put the fare into the fare box at the front of the bus when you ride on a City bus, or, on the Key Route No. 2 bus, when you get off. Subway tickets can be purchased from vending machines and passed through the automatic ticket gates. The ticket should then be passed through the gate again at the station where you get off.

Manaca IC Cards, 1 Day Tickets, and Weekend Eco Passes (Donichi Eco Kippu) can all be a good value. Commuter pass functionality for everyday use between specified stations/bus stops can also be added to Manaca IC Cards.

Manaca and other IC cards such as Toica can be used on the Aonami Line.

The Yutorito Line runs from Ozone station passing through Obata Green to Nakashidami/Kozoji. Tickets are 200 to 440 yen for adults and children are half price. It incorporates a guideway bus system, offering passengers the benefits of both railways and busses.

In the heavily congested city-center, Yutorito Line busses operate on an exclusive, elevated track where they are guided along by steering devices installed on front and back wheels. In other areas, the same vehicle continues traveling along public roads as a bus.

Linimo joins about 8.9 km traveling from Fujigaoka station passing through the Aichikyuhaku Kinen Koen Station to Yagusa station. Fares range from 170 to 370 yen and children are half price.

Linimo is Japan’s first magnetically levitated linear motor car and is renowned for providing users with a comfortable ride with minimal noise and vibrations. Please purchase your ticket from a vending machine, pass it through the automatic ticket gates before boarding and pass it through again at the station where you disembark from the train. Manaca and other IC cards such as Toica can be used.