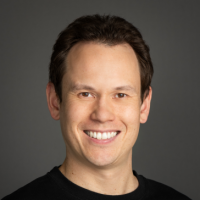 Speech Title:  Biologically-inspired SLAM: Where are we coming from and where could we go?

Abstract: In this talk, I will present an objective take on opportunities and mysteries in the area of biologically inspired mapping and navigation for robotics, that also recognizes the practical realities and requirements of modern-day SLAM applications. In particular, I will discuss five key questions and open research areas in the bio-inspired mapping, navigation, and SLAM area, linking into past and recent neuroscience and biological discoveries: The Loop Closure Question, The 3D Question, The Probabilistic Question, The Multi-Scale Question, and The Behavioural Question.

Bio: Professor Milford conducts interdisciplinary research at the boundary between robotics, neuroscience and computer vision and is a multi-award winning educational entrepreneur. His research models the neural mechanisms in the brain underlying tasks like navigation and perception to develop new technologies in challenging application domains such as all-weather, anytime positioning for autonomous vehicles. He is also passionate about engaging and educating all sectors of society around new opportunities and impacts from technology including robotics, autonomous vehicles and artificial intelligence. Michael currently holds the positions of Australian Research Council Laureate Fellow, Joint Director of the QUT Centre for Robotics, QUT Professor, Microsoft Research Faculty Fellow and is a former Chief Investigator at the Australian Centre for Robotic Vision. 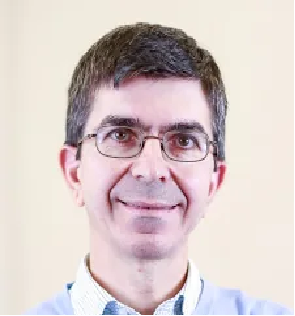 Abstract: Growing theoretical and experimental research on action and language processing and on number learning and gestures clearly demonstrates the role of embodiment in cognition and language processing. In psychology and neuroscience, this evidence constitutes the basis of embodied cognition, also known as grounded cognition (Pezzulo et al. 2012). In robotics and AI, these studies have important implications for the design of linguistic capabilities in cognitive agents and robots for human-robot collaboration, and have led to the new interdisciplinary approach of Developmental Robotics, as part of the wider Cognitive Robotics field (Cangelosi & Schlesinger 2015; Cangelosi & Asada 2021). During the talk we will present examples of developmental robotics models and experimental results from iCub experiments on the embodiment biases in early word acquisition and grammar learning (Morse et al. 2015; Morse & Cangelosi 2017) and experiments on pointing gestures and finger counting for number learning (De La Cruz et al. 2014). We will then present a novel developmental robotics model, and experiments, on Theory of Mind and its use for autonomous trust behavior in robots (Vinanzi et al. 2019). The implications for the use of such embodied approaches for embodied cognition in AI and cognitive sciences, and for robot companion applications will also be discussed.

Bio: Angelo Cangelosi is Professor of Machine Learning and Robotics at the University of Manchester (UK), where he leads the Cognitive Robotics Lab. He also is Turing Fellow at the Alan Turing Institute London, Visiting Professor at Hohai University and at Universita’ Cattolica Milan and Turin University, and Visiting Distinguished Fellow at AIST-AIRC Tokyo. His research interests are in developmental robotics, language grounding, human robot-interaction and trust, and robot companions for health and social care. Cangelosi is Editor of the journals Interaction Studies and IET Cognitive Computation and Systems, and in 2015 was Editor-in-Chief of IEEE Transactions on Autonomous Development. His book “Developmental Robotics: From Babies to Robots” (MIT Press) was published in January 2015, and recently translated in Chinese and Japanese. His latest book “Cognitive Robotics” (MIT Press), coedited with Minoru Asada, will be published in 2022. 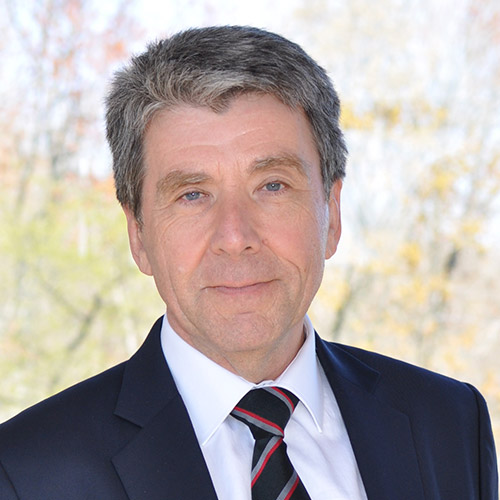 Speech Title: Design, what will it not involve and need?

Abstract: Mechanical designers have been given more tasks to meet needs. This was from the need to automate and then quality to even more. What will be the future needs for designers? The research from several projects is combined and presented to discuss how the role will expand and what is needed to be successful in a global manufacturing environment. Furthermore, it will present that this list may become wider than possible for many designers and a shortfall in training needs to be addressed.

Bio: Professor Ian R. McAndrew FRAeS is a very highly qualified academic with extensive experiences within industry and internationally recognised researcher with extensive teaching experience at all levels of education. Conference and Journal publication of 71 over 30 years, six books and numerous Keynote presentations around the world. Has supervised 134 students to their doctoral completion in USA, UK, Germany, Greece, Italy, Jordan, Singapore, Malaysia, UAE, Kenya and South Africa. Extensive consultancy experience internationally for multi-nations and organisations. Leading a global doctorate program of in excess of 350 students. As the Dean of Doctoral Programs at Capitol Technology University he is responsible for 23 different Doctoral Programs ranging from Cybersecurity, Analytics, Aviation, Aeronautical Science and Technology based. 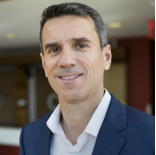 Abstract: In spite of the progress in high-fidelity numerical simulations enabled by high-performance computing, challenges have remained in the use of these simulations for design optimization. This talk focuses on the developments that made it possible to perform high-fidelity design optimization of aircraft configurations. The challenges addressed include handling a large number of design variables, robust and efficient large-scale simulations, effective geometry and mesh handling, and efficient discipline coupling. To tackle these issues, we combine gradient-based optimization algorithms with adjoint gradient computation and develop an adaptive coupled Newton-Krylov approach to solve the coupled numerical simulations efficiently and robustly. The applications focus on aircraft design, including unconventional configurations. We first tackle wing design by coupling computational fluid dynamics to structural finite-element solvers and simultaneously optimizing aerodynamic shape and structural sizing. We generalize the methods we developed to tackle this problem so that they could be implemented in the OpenMDAO framework, an open-source framework for multidisciplinary analysis and optimization. This and other open-source tools developed in this work open the door to further advances in algorithms and their application to aircraft design and beyond.

Bio: Joaquim R. R. A. Martins is a Professor of Aerospace Engineering at the University of Michigan, where he heads the MDO Lab. He is a Fellow of the American Institute of Aeronautics and Astronautics and a Fellow of the Royal Aeronautical Society. Before joining the University of Michigan faculty in 2009, he was an Associate Professor at the University of Toronto, where from 2002 he held a Tier II Canada Research Chair in MDO. Prof. Martins received his undergraduate degree in Aeronautical Engineering from Imperial College, London, with a British Aerospace Award. He obtained both his M.Sc. and Ph.D. degrees from Stanford University, where he was awarded the Ballhaus prize for best thesis in Aeronautics. He has served as Associate Editor for the AIAA Journal, Optimization and Engineering, and Structural and Multidisciplinary Optimization. He is currently an Associate Editor for the Journal of Aircraft.